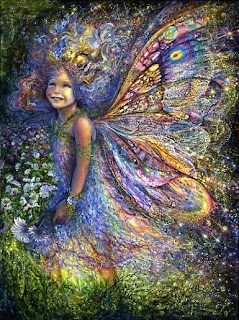 Angel in  my dreams

The glow on her beautiful face, beckoning
Peace so pure, descending
Shrouded in a haze of warm sunshine
She filled the recesses of my mind

Tried to reach her, to make her real
She spun around and took off... surreal
Like a mermaid slicing through the midnight sky
Disappearing slowly as she broke my reverie

A recent dream about an angel prompted this poem. No, I am not psychic like Patrick Jane, just insanely obsessed with Country songs. Which explains why I sometimes feel like I am in Jasper County, enjoying the Georgia rain (I think its one of the best music videos ever made). Or why I feel like making angels in the snow in Jackson Hole (one of Tim McGraw's cutest songs). Let's not get started on Heaven by Jake Owen. So anyway, was listening to Angels Among Us by Alabama, and when one of them popped into my dreams I wrote this poem.

I first heard 'Angels Among Us' way long back (it was during the cassette phase), blaring from a car and when I asked the guy who was sitting inside if it was Alabama, he said he had no idea. I said  it's a beautiful song, and it really was... I still remember that moment, walking in my colony and suddenly hearing this beautiful song about angels. I made a mental note to ask my brother Manoj bout it, he is also a country music aficionado. So anyway, I continued walking when the guy called me back, removed the cassette from his player and handed it over to me. I really wanted to take it, but I declined politely... he then started insisting and I finally took it. It was like proof, that angels do exist among us... he was the angel who gave me a beautiful Alabama cassette. 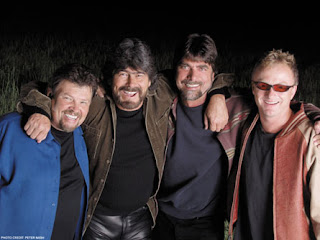 This is Alabama, one of the best country bands ever... 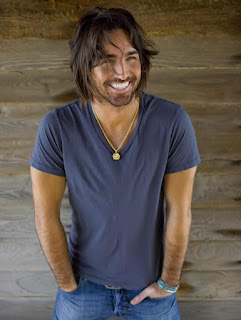 Sigh, and this is Jake Owen... one of the cutest country singers today.

S. Susan Deborah said…
Country music, Country music singers and all that jazz can never fail to keep me going. Alas! why are people not realising this, today!!!

mahesh said…
The poem was lovely I had to read the post again to realize that you had penned the poem and it was not a song by a music band :)

I have a feeling this dream means something very nice is going to happen soon!

S. Susan Deborah said…
My thoughts echo Mahesh's. Even I had to reread the post to know that you had written the poem. And I have been seeing very weird dreams these days :)

Thanks for making me come back to this one.

Karen Xavier said…
Susan, you were right bout his killer smile... he doesn't have much of a dressing sense, atleast he makes up with his smile.
4:21 PM

Popular posts from this blog

And the moral of the story is 'An idle mind is the Devil's workshop...'

By Karen Xavier November 09, 2010
So it was a lazy Friday afternoon, and we (me, Sajeeve and Jude) were kinda bored so we decided to play this game and I had no idea it would turn out to be this sacrilegious. So if you are a religious fanatic please do not continue reading this... I am pretty sure the story we concocted is blasphemous in at least 3 religions, Jude (a cousin) seems to think so anyway. I was too busy laughing and trying to bring some modicum of sensibility (not to mention respectability) to the story but my cousin Sajeeve is blessed with a very fertile imagination and once he unleashed it there was no going back...
So here it is...

Karen : She was moping the floor and singing along loudly with the radio. (I was thinking along the lines of a cute M&B... she a hard working woman and he a wealthy arrogant guy who gets drawn to her calm, strong & sensible nature)
Sajeeve : But deep down she was contemplating if she could forsake her conservative principles. (This is when I knew the ‘cute falling in l…
8 comments
Read more

I presented and defended my doctoral thesis titled "An Exploration into the Resilience of the Human Soul and Evolution of the Human Self: A Study of Select Autobiographies of Artists and Statesmen"  at the university and I can't believe it's over. It's actually... overwhelming to think of how I got into it in the first place. I had to quit my job cause I was in and out of the hospital, those were the dark years as I call them. I wanted something to do, and since I'm in the habit of devouring books, I thought why not get a Ph.D. in it. So started foraging for a university, a guide and after all that fell in place, the topic had to be decided. I remember Angela's Ashes by Frank McCourt was quite fascinating in its various aspects and I thought why not work on such real-life stories that make you feel... that pull at your heartstrings. So got together with my guide and her guide who is a colossal giant in this field and we discussed…
4 comments
Read more

By Karen Xavier April 17, 2007
Wouldn't you say so...
Nam and me were in this huge clothing store and we were making fun of all the models on display (there was one of hrithik in which he looked kinda gayish) when we came across this one. Seriously, dark people are more better looking....
120 comments
Read more